Posted at 16:03h in Buildings, History by Frieda Vizel 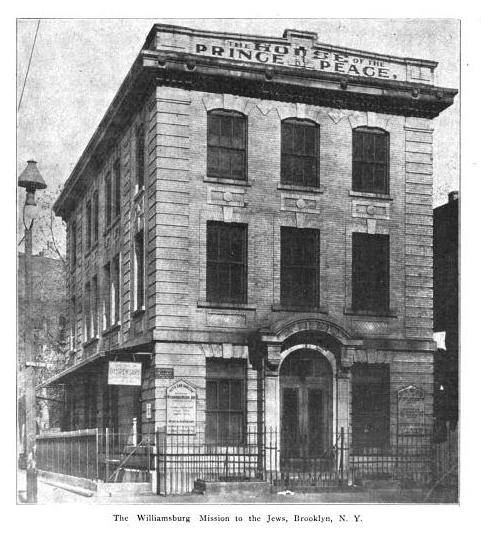 A century ago a Christian Mission to the Jews stood in the heart of Williamsburg. A great sign “The House of the Prince of Peace” stood atop the building, and inside was, among other things, a medical clinic called the Sar Shalom Dispensary.

It was founded by Leopold Cohn, a Hungarian apostate, who founded a ministry to the Jews called the Chosen People Ministry. Amazingly, the ministry founded in 1892 survived eventually became Jews For Jesus, 80 years later!

And even more amazingly, Leopold Cohn (1862-1937) wrote the following about his youth in Hungary:

“At about eighteen years of age I was proficient in Hebrew literature and Talmudic law. I then received from several rabbis, in whose colleges I had studied, a diploma containing a certificate of my good character and acquirements and and authority to become a rabbi. This was confirmed by my first and chief rabbi, a miracle performer, S. L. Teitelbaum, in Sziget.”

That is, the Williamsburg missionary Cohn was a student of the Yetev Lev, progenitor of the Satmar rebbes, in his youth, in Sighet!