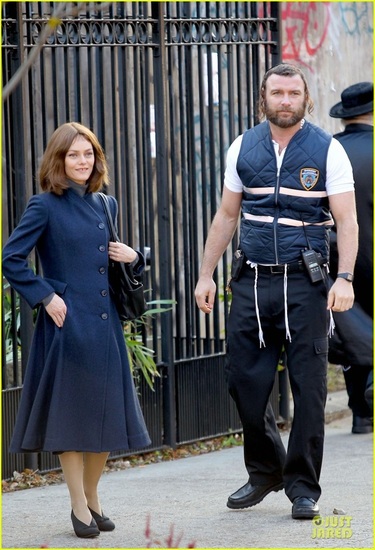 Hollywood has an interesting relationship with Hasidim. To date, the movie writers and producers seemed to know little about them and not to care to know more, but what they do know or think they know, they awkwardly plug into the script at every possible opportunity. There’s a very obvious effort to show off what they know, in the same way, my dentist would plug in the five Yiddish words he knew at every possible turn. Unlike Israeli movies on Hasidim, where the depictions go beyond the kosher and curlies and rabbis and go into the heart of the culture, Hollywood adores the cliché shpiel and milks it for every opportunity of comedic power.

The other night I watched Fading Gigolo with a group of friends from the Hasidic community and I must admit, it was a good time. We laughed, really laughed. But not always because the script was funny, but because it was so absurd and cliché. The movie is a story about a male – none Jew – who becomes a prostitute after Woody Allen coaxes him to get into the world’s oldest profession. One of the gigolo’s (male prostitute’s) clients is a Hasidic woman, a widow, and the two end up falling (briefly) in love.

It is another movie that uses the extreme imagery of Hasidim for laughs. It is funny, but it isn’t very informative, although outsiders who watch it inadvertently to take their information from it. This week woman wanted to know if it is true that women can speak for themselves the way they did in the movie – because the Hasidic woman in the plot confronts the rabbis and defends herself. Well – the movie is certainly not a good place to look for information about gender in Hasidism. All you can learn about is how Hollywood sees Hasidim. That is, not necessarily incorrectly, but very cliched and stereotyped.

Here are the ten things Hollywood knows about Hasidim, and how it was worked into Fading Gigolo:

#1. Shomrim – Hollywood minds love the idea of independent police, a Hasidic mafia of sorts. In the movie, they have a comedic mafia flavor. Woody Allen gets surrounded and kidnapped into an SUV by a group of Hasidic men, and the Shomrim try so hard to be intimidating, the main guy coyly tells Woody Allen that he may not make it home after this.

In reality, I have never had any interactions with Shomrim, so I can’t say much about them, except that they are much less prevalent than they seem in the movies.

# 2 Rabbinic families – The woman in fading Gigilo is a widow, a professional lice checker AND her husband was a rabbi. While she doesn’t look like she belonged to a rabbinic family and nothing about her story makes it plausible, the plot predictably made her a rabbi’s wife. Hollywood loves rabbis, so why not. In reality, rebbish families make up only a small and very unique sector of the Hasidic population, but you’d never know it from the movies.

#3 Curlies and Fringes – those everyday clothes that are so ordinary in the Hasidic world, pop off the story, it’s as if the fringes and curlies are filmed in 3-D. Not only are they referenced consistently, but they also look like someone who never touched a roller tried to curl two strands of hair. 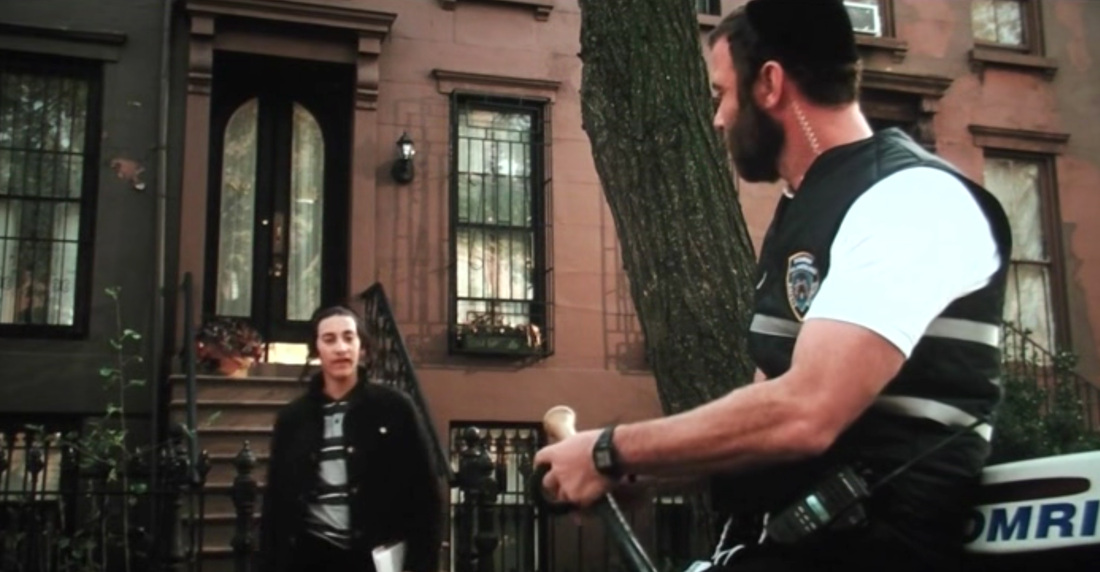 #4 Jewish names – The names are always either Israeli or from the bygone shtetl era. Usually, the Hasidic character names would be something like Avigal or Shulamit, which is Israeli in every way, or a Feivish and Chatzkl or something similarly inspired by Fiddler on the Roof. It’s not so hard to figure out that Yoely, Yanky, Malky, Chany, and Chaim are the common Hasidic baby names these days. Or maybe it is, and maybe the mafia-like shomrim have been keeping it secret from the rest of the world all this time.

#5 Challah – The Hasidic female homemaker is, predictably, captured making challah. Even though her cooking and baking repertoire cover a whole shelf worth of recipe books, in the Hollywood mind she must be always making challah. Avigal is seen kneading dough while talking to Woody Allen. It doesn’t matter much that no one hand-kneads their challah dough anymore. No one talks to Woody Allen either, so it’s fair.

And of course, there is a picture of Rabbis hanging on her kitchen wall, which brings us back to #2. 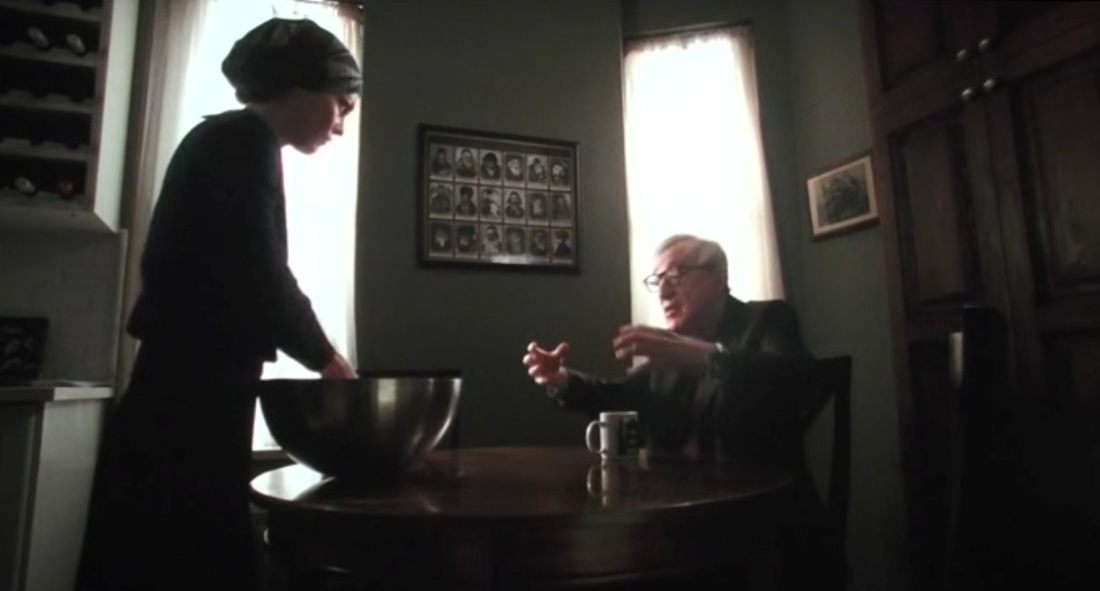 #6 Kosher – Of course, there’d be a sprinkling of Kosher. In one scene, Avigal is eating at the goy’s house, in his dishes, the epitome of not-kosher, BUT the movie makes sure to point out that it is kosher, because she is having fish. Avigal even knows to say that the head of the fish is kosher too and gives him some to taste! Someone in Hollywood was invited to a Rosh Hashana meal when heads of the fish are eaten. 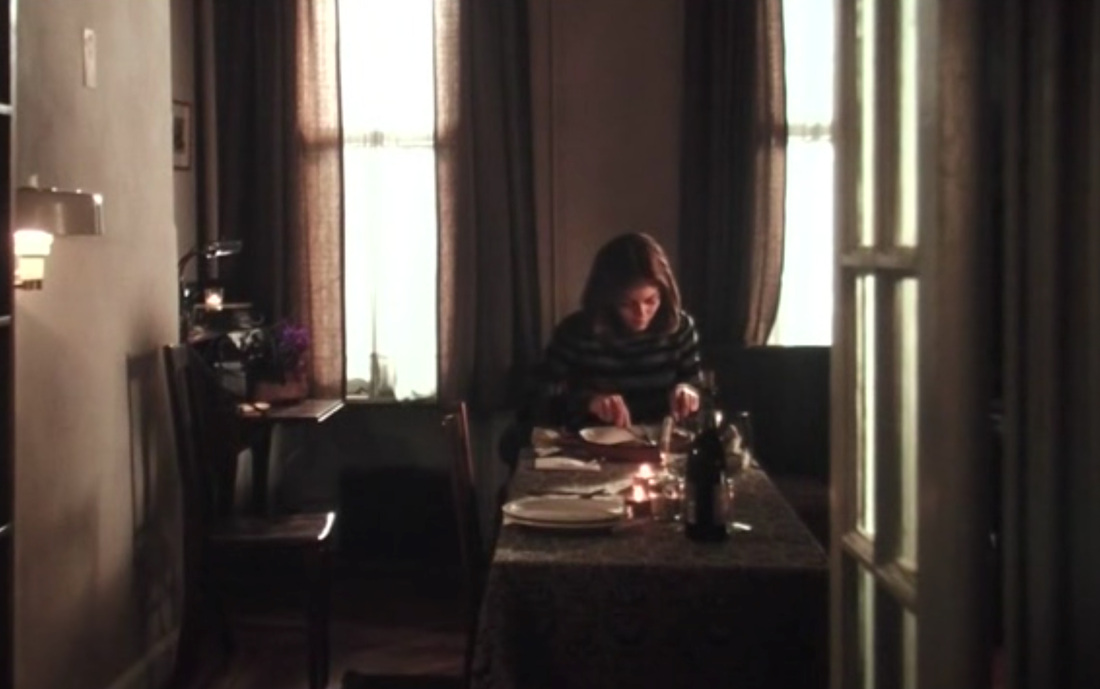 #7 Wigs – The wigs always look startlingly amiss; as if it was retrieved from a Purim costume box. And we all know what happens with the wig; at some point, it comes off, and a full head of gorgeous hair comes pouring out. In reality, most women shave their heads and their wigs aren’t hung on tree branches in the middle of a park. 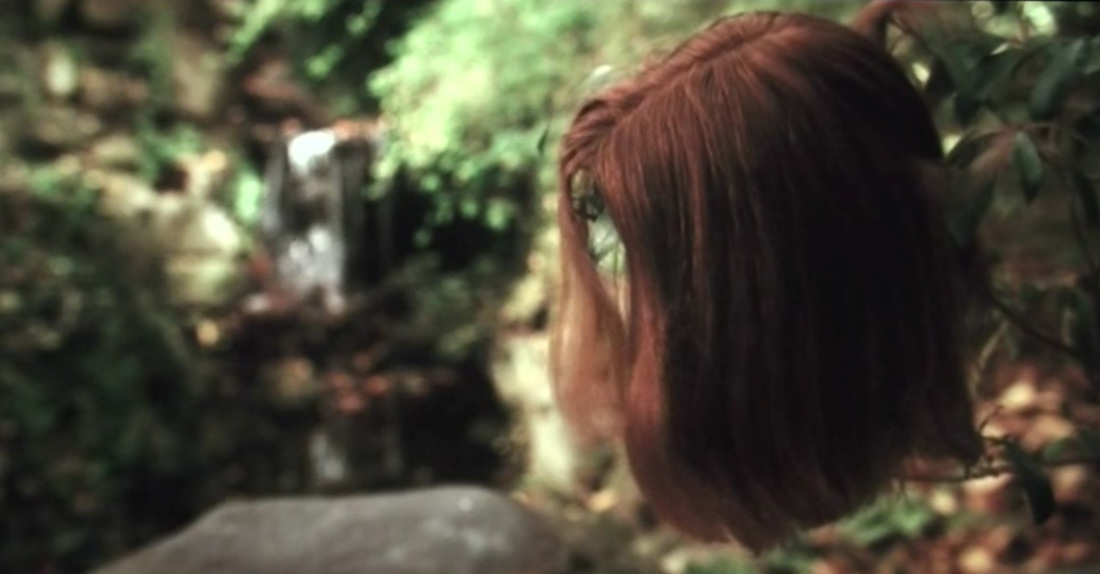 #8 Jews, Jews, Jews –In the movies, Hasidim are very concerned about only interacting with other Jews. Avigail asks the male escort, a very gentile-looking guy, if he is Jewish, and Woody Allen volunteers that he is “Sephardi.” Avigal then wants to know which yeshiva he went to. I laughed until I cried at this question. A Hasidic woman would probably never ask a man without a kipah which yeshiva he went to, and if the man doesn’t wear a kipa, it’d probably be all the same to her if he’s Jewish or not.

#9 Biblical verses – Hollywood has decided, and stood by this decision, that people in the Hasidic community go around quoting religious texts right and left. I think this is a brainchild of the assumption that Hasidim live with their heads in spiritual spheres, walking the streets and dreaming about God, throwing fits of ecstasy during prayer, dreaming about heavens, etc. The everydayness of real Hasidic life must be too unexciting without throwing bible quotes at the shopkeeper and taxi driver. So the actors reference the Mishna, Gemara, and Talmud at every possible turn, even though in real life I don’t know of a single person who does that – especially women, who are really not well versed.

#10 Rabbinic courts – in this scene, Woody Allen is not only taken before a court of Hasidic rabbis, he even has a secular Jewish lawyer represent him. The rabbinic court of the scene is like an underground courtroom, with three rabbis upfront, a gavel, a box for the defendant, an audience seating area. The head rabbi is wearing his weekend hat, the shtreimel, which is the peak of absurdity. Murray, a secular Jew, defends Woody Allen to the rabbis. The rabbis inquire in loud Talmudic voices “But was there fornication?” over and over again. Murray, on the other hand, argued that sex is bad, and that bad is good. The scene is so preposterous and unbelievably ridiculous, I thought I’ll fall out of my chair laughing. Of course, it is fun to entertain the thought that there is an organized underground comic society like that, with rabbis who investigate private sex lives because it’s so entertaining to watch. But in reality, life isn’t scripted for entertainment. All of Hollywood’s fun imagining is just that – Hollywood. 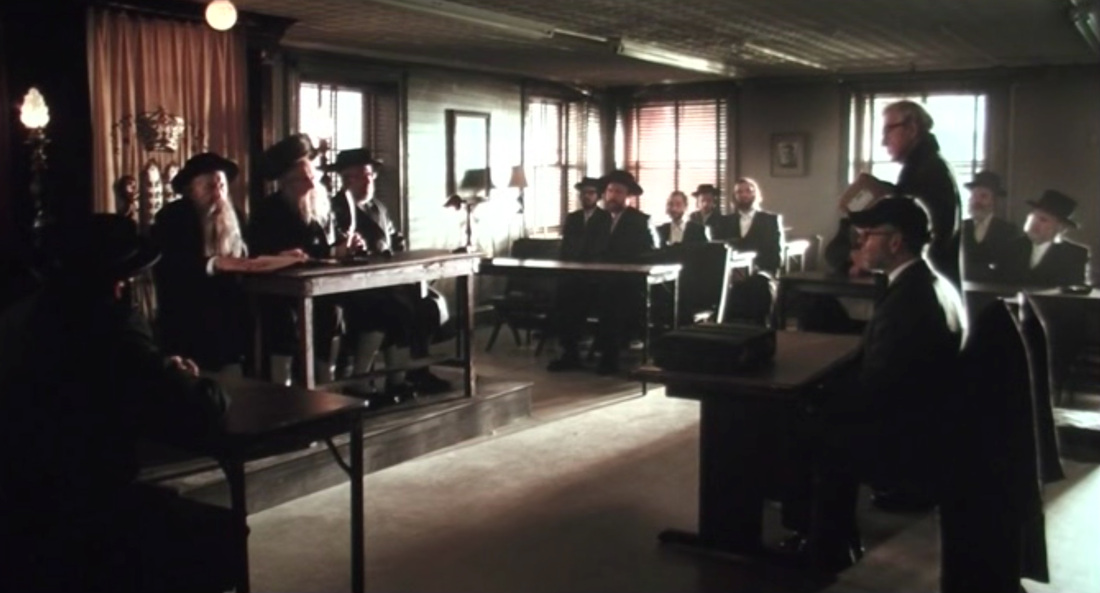 In all, the movie is fun to watch with those who know the culture, because we can appreciate the absurdity. But if there’s something to take away from the movie, it’s how cliche Hollywood can be when it comes to Hasidim.