Home > On the tours  > Dead eyes or cultural blindness?

Posted at 20:19h in On the tours, Outsiders-Looking-In by Frieda Vizel 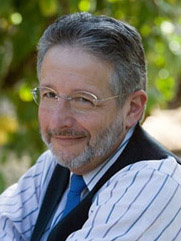 Psychologist Marty Klein and visiting tourist of Williamsburg (he did not tour with me) wrote a detailed report on his blog about his experience in Williamsburg. His essay contains numerous blatant errors of fact. He writes that in the Hasidic community marriages at 14 are common (wrong), that girls rarely enter high school (wrong) that Hasidim can’t speak English and only gesticulate wildly (very wrong), that if he would come on Saturday he would be forcefully removed by the local militia (so wrong; in fact, I hear many tourists come on Saturday – although I don’t), that internet passwords are shared with the head rabbi (oy vey, how terribly wrong and cliche!) and that the entire neighborhood has one restaurant (which is wrong, as anyone with eyes can see!) In order to be respectful, he visited with “no food or water” and wore a wide-brimmed hat. I’m not sure why he thought not bringing food or water or wearing that hat was respectful and what he thought Hasidim sustain themselves on if food and water aren’t respectful. Maybe manna?

He really absorbed those stereotypes that I try so hard to get people to see beyond. Not only did he get facts wrong, but he also didn’t seem to try to see beyond his cultural biases. In the most troubling part of his post, he writes that women have dead eyes, and are trained to have dead eyes. All women, according to him, have the same measured five-degree chin tilt and dead, autistic eyes. Even six-year-olds already have dead eyes! If a baby laughed at him, he reports, the baby was quickly covered or wheeled away. None of his interpretations of what he saw are plausible; in reality, the Hasidic women probably cared too little about a strange outsider to pay any attention to him. On occasion I see visitors interact with the babies in their carriages. On my tour yesterday one visitor cooed over a little baby in a Maclaren. The Hasidic mother of the child smiled back and thanked the visitor for complimenting her baby. It was an entirely ordinary touring moment.

Besides the incorrect interpretations Klein made of what he saw around him, I will say that if a strange man walks around my neighborhood with a mission to smile up little girls, I’d have felt uncomfortable.

Mr. Klein’s strange, superficial and troubling conclusion that women are trained to have dead eyes is almost laughable considering that in New York City avoiding eye contact is almost a cultural norm. And besides, when I am in Hasidic Williamsburg I get looked at very closely. I can see the women’s eyes travel all over me before they look away. I’m sure they don’t look the same way at men, but that’s a gender issue, not a matter of disdain or lack of life in eyes. Some Hasidic women don’t only look, they even ask me what I am looking at or talking about, and on occasion, we have a longer conversation. I took pictures of some buildings yesterday and in several locations women (and men) came over to ask me what the significance of the buildings is. Their eyes were eyes; like all people.

Klein’s assessment about women seems to come from the sort of skin-deep feminism that does not care to see people, but only to reconfirm cultural superiority and biases. It promotes the myth and misinformation about Hasidim that I find so troublesome. It bothers me because it turns people, live, different complex communities, into caricatures.

Someone on Facebook pointed to this line (thanks JK) in Klein’s wiki page: “Klein clearly has issues with cultures which he does not understand. In an article on his blog, [14] he speaks of visiting a community in a style which one would visit a zoo. He makes assumptions and derogatory comments which are not based on facts.” Indeed, his conclusions lack any insight.

I’m in New York training psychologists this week, and as I always do here, I visited a neighborhood with a professional guide.

On previous trips I’ve toured Harlem, Wall Street, Brooklyn Heights, Midtown, Upper Park Avenue, and several other neighborhoods. This year we went to Williamsburg, home to the most insular and religious community of Hasidic Jews in North America.

The group is called the Satmars, who came to this country from Eastern Europe after WWII. They dress meticulously like the nobility of 18th century Lithuania/Poland. Even in summer, the men wear long sleeve white shirts, black vests, long black coats, and black fur hats (along with thick religious underwear). Women cannot show their arms, legs, or collarbones, so they wear long dresses over thick flesh-colored stockings. Upon marriage they shave their heads and wear wigs, and often wear hats.

They speak the Yiddish of 18th century Eastern Europe. Working on Friday night or Saturday is strictly forbidden (and “working” includes driving, phoning, cooking, and turning electricity on or off). 100% of their children go to private religious schools. Every family is strictly kosher. Except for work, the internet is forbidden, and all internet usage (including passwords) must be logged with the head rabbi. There are no smartphones here.

Marriage and all other social relations are strictly regulated; community matchmakers are used, and betrothal by age 14 is not uncommon. Breeding begins immediately upon marriage. The average family has some eight or ten children.

Girls here rarely enter high school, and if they do, they rarely graduate. They learn no math, no science, no logic, no languages, only homemaking and Jewish law. Women have no cellphones or computer access; they own no property, have no right to divorce, and rarely leave the neighborhood. Satmar families don’t go out to eat (the entire neighborhood has only a single restaurant, primarily for men caught between meals), so shopping and cooking are a full-time female occupations.

Which brings us to the women, the women who have no eyes.

I admit that I am not welcome in the Satmar neighborhood. As a tourist, I dressed modestly—long pants in 85-degree heat, with a broad-brimmed hat. I brought no camera, no notebook, no food or water. And I certainly didn’t come on a Saturday. If I had, I would have been encouraged (in Yiddish, with much gesticulation) to leave. And if I had insisted on my right to walk New York’s public streets, I would have been forcefully removed by thugs from the local militia.

So my guide and I quietly and respectfully spent 90 minutes walking Keap Street, Bedford Avenue, South 4th Street, and the rest of Williamsburg. I passed men talking on old internet-free flip-phones, and women pushing strollers. I passed groups of girls (all the boys were in school, studying Torah). I walked by bakeries and schools and wig shops.

The men either looked at me or ignored me. The women, however, had no eyes at all.

You know how you walk down the street, see a stranger come toward you, and you either nod, smile, or (more often) look away? Even the looking away is an acknowledgement of the other’s existence.

The Satmar women did none of these. As we approached and then passed each other, they all had the identical, studied look: chin tilted about 5 degrees down from horizontal, just enough so they didn’t have to see my face or body. Moreover, their eyes were completely unfocussed, a dead stare you’d expect from someone deeply autistic, profoundly depressed, or in total shock. Even when a pair of them were talking to each other normally as I approached (often with two strollers and 3 or 4 other young kids in tow), when we had to momentarily negotiate our en passant, their eyes died and I ceased to exist.

(And it’s not just because I’m a man. They relate to non-Satmar women the same way.)

For the first few blocks I was respectful, and even lowered my eyes once or twice. Then I smiled at a few. Of course, there was no change in their expressionless expression. Then I started to smile when I passed groups of girls, starting with adolescents: same dead eyes. Schoolgirls: same dead eyes. Six-year-olds: a few looked back at me, although always without smiling (a rather creepy experience). And almost immediately an older sister would intrude to fuss over the kid or pull her away. Finally I smiled at a few babies in strollers at red lights. When the babies laughed or smiled, they were quickly wheeled away or covered. They’re only a few years from learning to deaden their eyes.

The afternoon tour was fascinating in many ways—I even saw a crowd gathered (actually, two crowds, men on one side of the street, women on the other) watching a rabbi praying loudly over a coffin. According to a nearby Hispanic cop, a 12-year-old girl had died the night before.

But my enduring image of Williamsburg, the very last person I encountered before crossing Broadway and leaving the neighborhood, was an eight-year-old girl. She and two friends (cousins?) were standing on a street corner handing out yellow fliers. They were in Yiddish, and I obviously wasn’t going to participate in whatever they were announcing, but I was curious. And I thought I might actually have a momentary interaction with this young person.

So as I approached, I smiled warmly, and held out my hand, gesturing for a flier. And I didn’t get dead eyes. Instead, I got the most disdainful, disgusted, derisive look I have ever gotten from a human being. She was eight, and she’d already learned to look down on me.

Soon enough, she’ll learn to express this disgust with dead eyes. Meanwhile, I guess she forgot that I’m created in the image of her god, too.”