How the streets in Williamsburg got their names…

Home > Group  > History  > How the streets in Williamsburg got their names…

June 18, 2014 How the streets in Williamsburg got their names…

Posted at 20:03h in History, Williamsburg by Frieda Vizel 1 Comment

Where did the streets of Williamsburg get their names from? Many of the streets are named after  the signers of the declaration of independence, especially from Pennsylvania and the Carolinas. Take Rutledge, Taylor, Clymer, Wilson, etc. The signature page below almost looks like a map! 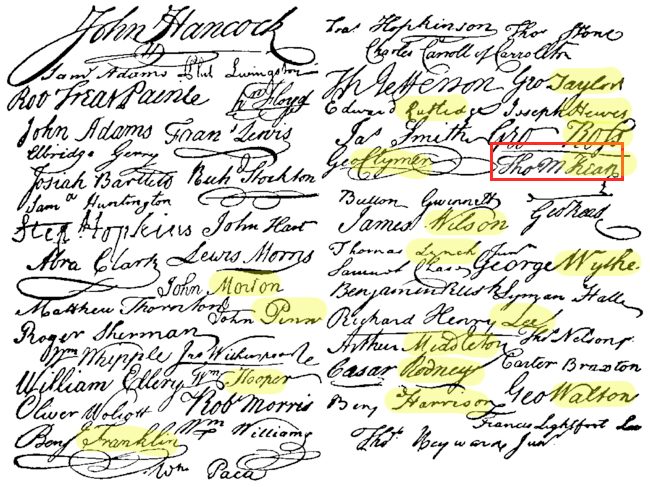 Keap Street is named after Thomas McKean. I marked the signature in red. The signature is a scribble that could easily be misread. Whoever named the streets misread it and named it “Keap.”

In 2009 there was talk of changing Keap St. to McKean St. but nothing came of that. 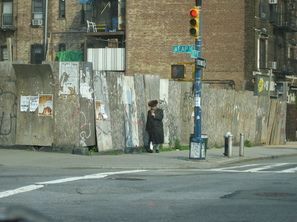 Turns out Williamsburg’s Keap Street, which was named after a Declaration of Independence signatory, has been badly misspelled for the past 154 years. “Keap” should really be “McKean” – the street’s actually named after signer Thomas McKean.It took one attentive Williamsburg resident to spot the mistake. “People say, ‘it’s been there so long, let it keap’ – but I don’t want to let it keap,” quipped John Slagg, 87, who tipped Borough President Marty Markowitz’s office to the 19th-century foulup.“The man should not be denied the dignity and honor entitled to him,” said Slagg, who wore 309 Keap St. on his dogtags during World War II. To make amends, Markowitz called the sign a :historical error,” and proclaimed July 4 to be Thomas McKean Day in Brooklyn, in honor of McKean, whose sloppy handwriting lead to the mishap in the first place.

But is it enough of an “error” to have the sign changed? That remains to be seen, said a Department of Transportation spokesman, adding that no request for a street name change has been made. And anyway the City Council would have to approve it first.”

As for pronunciations – it seems the pronunciation for George Wythe is ‘with‘, not ‘white’, as the street is pronounced by natives.