Assault and impropriety on Lee Avenue

Posted at 19:52h in History, Williamsburg by Frieda Vizel

A very dramatic story went down on a Friday Night at 9:00 pm on Lee Avenue in 1865 when the good people of the “burgh” were praying at the Lee Avenue church with the door open because it was so hot. They suddenly heard a female shriek. They found a woman who called herself Mary with her clothes disheveled and a man next to her. According to Mary’s testimony, she was in the streets with her lover William (in “improper position” said Smith) when she was assaulted by twenty-five-year-old Augustus Smith. Her lover fled. Smith “took liberties” with her and would have gone further had he not been stopped. Mary showed the evidence: bruises on her neck.

Smith had a very different testimony. According to him, he returned from the army to find that his wife was having an affair with William, Mary’s lover. He set out to find this man and found him at the church on Lee Ave with a girl, in an improper position. William fled, but Mary stayed, and Smith’s hand twisted in a way that accidentally resulted in bruises on Mary’s neck. The judge didn’t buy Smith’s testimony and pronounced him guilty and sent him away for ninety days. 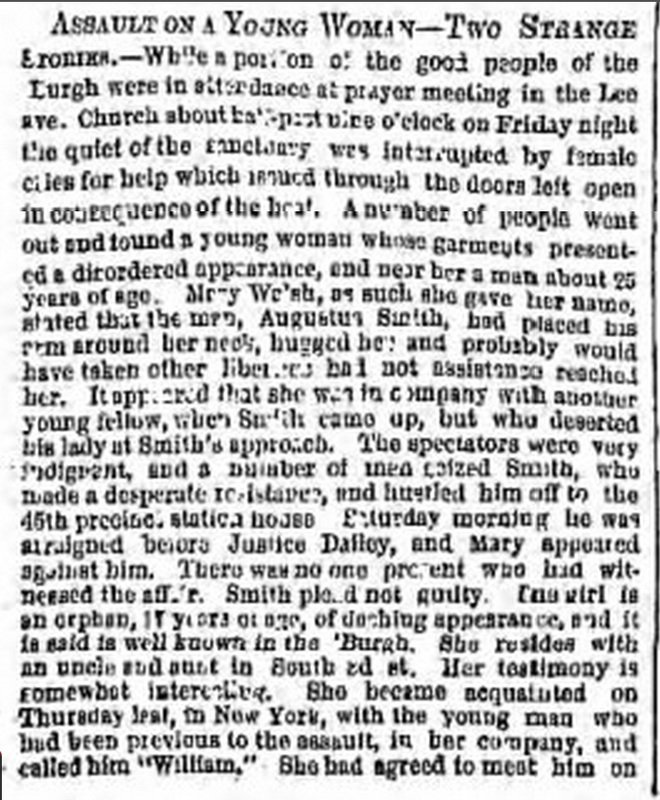 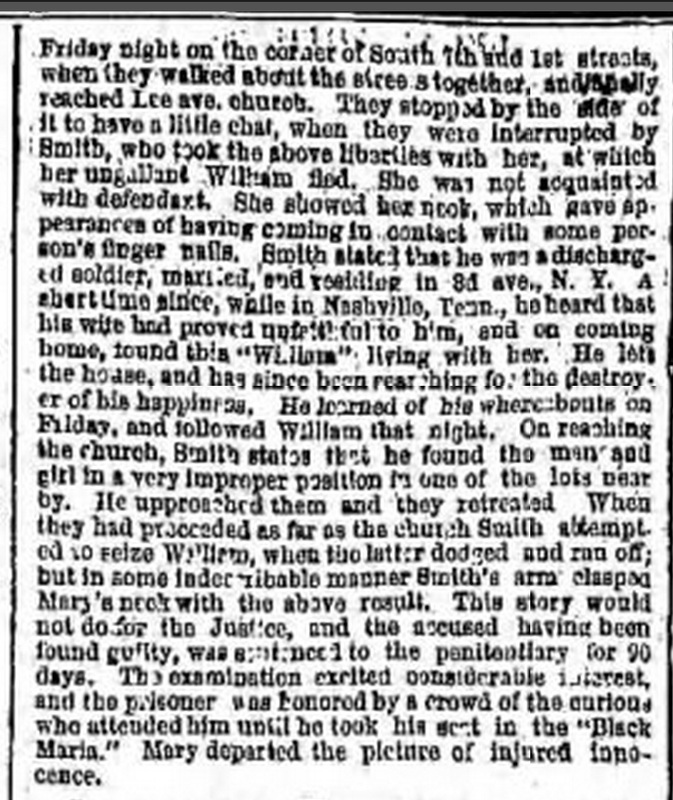