Is the Hasidic community poor?

Posted at 11:54h in Economy, Education by Frieda Vizel 1 Comment

A reader asked: Why are Hasidic Jews in Williamsburg, Brooklyn so poor? Are they?

What’s interesting is that on the one hand, the children on Lee Avenue are often dressed to the nines in matching outfits, babies are pushed in designer strollers, and you will not see a homeless person at any street corner. Yet statistically, the community is very poor. 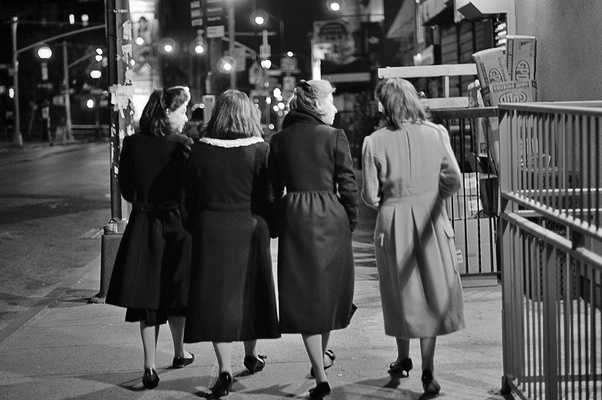 I grew up in a satellite community of this sect called Kiryas Joel, and the New York Times tried to delve into this question about my hometown. In “A Village with the Numbers, Not the Image of the Poorest Place” the Times writes:

“The poorest place in the United States is not a dusty Texas border town, a hollow in Appalachia, a remote Indian reservation or a blighted urban neighborhood. It has no slums or homeless people. No one who lives there is shabbily dressed or has to go hungry. Crime is virtually nonexistent.”

Thus the paradox: on paper, the community ranks as very poor. But as with all things data, it does not give a holistic picture of a situation.

You will ask: So is the community poor?

The community is certainly *not* rich as a whole, but some things to keep in mind is:

3. A factor that increases poverty: Keep in mind that this community espouses a very different concept of education. Women in many schools don’t even graduate with high school diplomas, and as a general rule do not go on to be college educated. Men get even less in secular studies because of their obligation to Torah Studies. As a result, my brothers speak very little English before adulthood, even though they are native New Yorkers. They then find employment within the community and improve their English language and computer skills on the job. My father has some forty years of experience working in the secular world and still speaks in a very broken English.

5. A factor that decreases poverty: being poor means you qualify for government funding by way of tax refunds, food stamps, Medicaid. I believe this kind of income is not taken into account when calculating the net income in a community, which means the numbers don’t reflect significant income.

6. A factor that decreases poverty: Because men don’t go to college, they start their “careers” at about twenty years old, a year or so after they get married. That’s a head start over their secular counterparts. Men are also extremely ambitious – being well off is important to everyone – and work very hard.

7. A factor that decreases poverty: men go to the synagogue three times a day. They spend a lot of time together and a lot of the conversation centers around jobs, investment opportunities, good credit cards, etc.

8. A factor that increases poverty: Women often stay home with the kids, so there is often only a single income. Talented and bright women often invest all their abilities in running a shmekedige home. While they may sell baked specialties, work on wigs, or do other work from home, most bring in a sliver, if nothing.

9. A factor that makes the narrative oversimplified: Many, many, many people in the community struggle and will readily tell you that the financial situation in the Hasidic community is coming to a head. Many will attribute their financial frustrations to their lack of proper education and job training. I do agree with the problems created by not even speaking English properly, and am glad to be giving my son a secular education, but this isn’t the whole story. On the flip side of this incomplete education is a benefit most in the secular world don’t have; a whole community serving as a most extensive, loyal economic network. Keep in mind also that many are struggling in the secular world as well, and there too there are unique challenges; ie – you start out with 40K in debt even if you work during your college years.

So is the community poor? I think yes, inasmuch as many communities that aren’t already wealthy are poor these days.

Are other Jewish communities better off? Probably. But it depends on which ones. As you might see, each community is unique. Each economy is unique.

The Jewish Federation’s look at Williamsburg

Non-Hasidic renters in the Neighborhood