The End of Jewish Delis?

15 Aug The End of Jewish Delis?

A reader asked: Is NYC losing many Jewish delis due to growing antisemitism?

The Jewish comedian Jackie Mason who grew up in NYC during the period of most cultural output from New York Jews (he was born in 1931 and was of the Borscht Belt generation), has recently been visiting Gottlieb’s restaurant in the Hasidic community for a bit of deli-style Jewish food.

This is where the deli food is moving to: the Hasidic and ultra-orthodox communities.

I know it hasn’t yet taken off, but you can find many of the specialties that people rave about when they think “Kosher pastrami” in the meat restaurants in Borough Park and Williamsburg. I’m guessing people will realize this sooner or later, and this will only further feed the Hasidic/Ultra-Orthodox kosher deli niche.

As others have noted, the delis disappeared because of changes in the culture. Many of the early immigrants assimilated and moved away, changed their diets, became more American. Now the mantel has been passed to the ultra-Orthodox Jews, who in resisting assimilation are holding on to their culinary imports from Eastern Europe.

We recently had divine chollent at Grill on Lee. I’ve had also excellent chollent from the Satmar Butcher. Deli rolls and kishka on the grill from VIP Grill. Dips and overnight kugel from Dips. Pastrami sandwiches and chicken soup and pickles and cucumber salad. So much kosher-deli food, if only you know where to look. 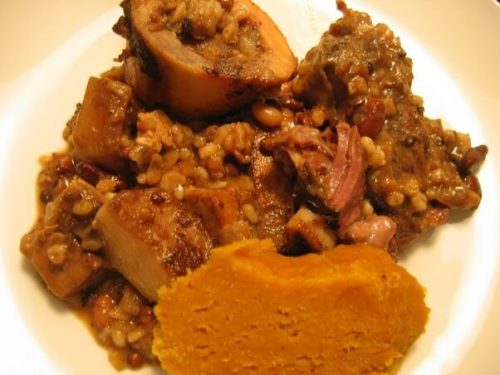 PS: I give food tours of this community. I’m going to start a regular schedule in Borough Park come fall 2018, so check out my website sometime and come decide for yourself.