Building series: a star of David in Williamsburg

July 22, 2014 Building series: a star of David in Williamsburg

Posted at 20:36h in Buildings, History, Williamsburg by Frieda Vizel

In a previous post, I wrote about the Satmar Rabbi’s influence on the Williamsburg community, and that his anti-zionist stance can be seen all over Williamsburg, even among non-Satmar sects, in the absence of pro-Israeli symbols in its streets. Where Israeli flags and Jewish Stars were commonplace in Williamsburg before the non-Hasidic Orthodox population left, the Jewish stars have been vanishing. I used the Star of David from the Klausenburg Talmud Torah as an example, but I will follow up on that story of the broken glasswork of that old building in another post. (I know I’ve been a little backlogged in finishing some posts I’ve been working on but I hope to get to it soon. That building is a great story!)

I have been asking if anyone can help me find a Jewish star in Hasidic Williamsburg. This week I finally found one, and even in the heart of Williamsburg, across the street from the Satmar Rebbe’s original house/synagogue on Bedford Avenue! It is on the fence of an empty lot owned by the Vien congregation. Previously, there was the big Clymer Street Shul, an orthodox synagogue, and then Congregation Tifereth Israel on that property. Since the synagogue was demolished and the construction of a Vien building was delayed due to legal disagreements, the original fence is still up. As of 2020, it looks like permits have been filed for a residential project on this lot. 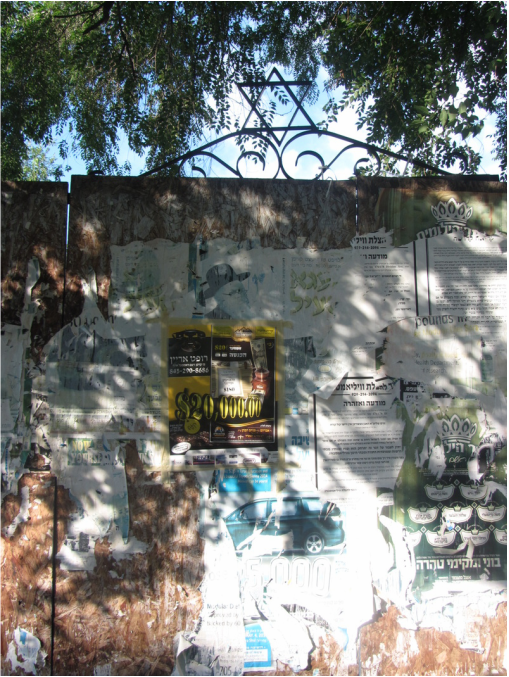 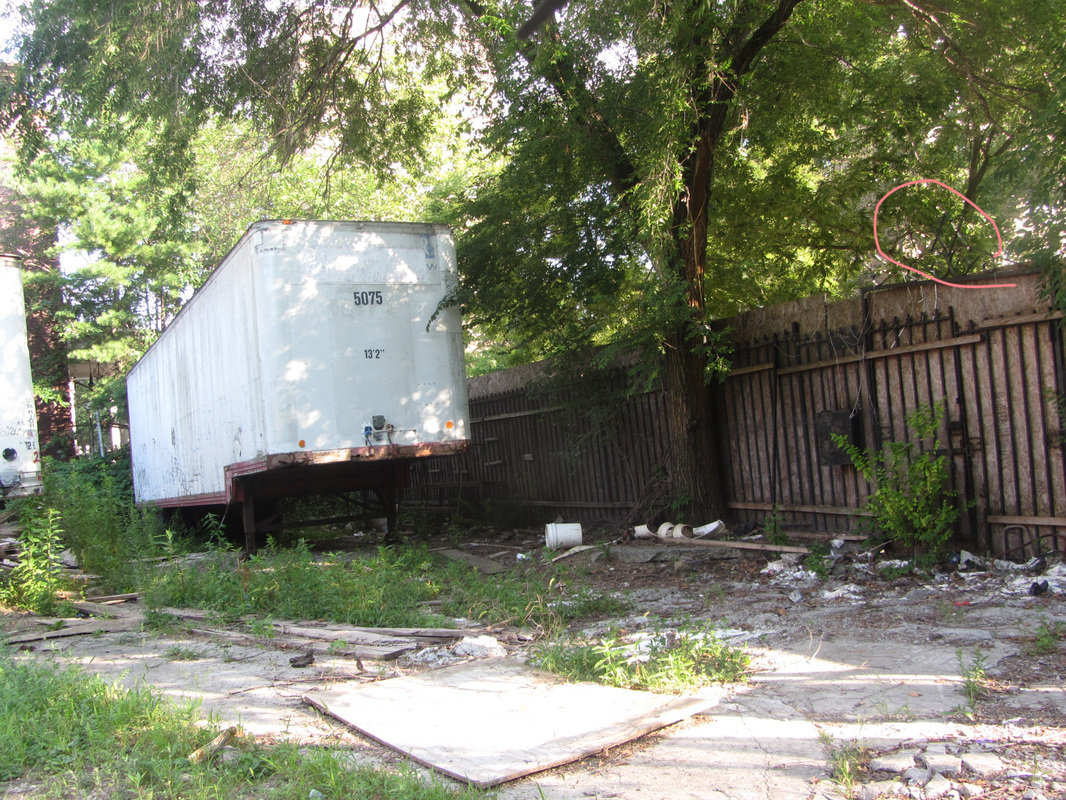 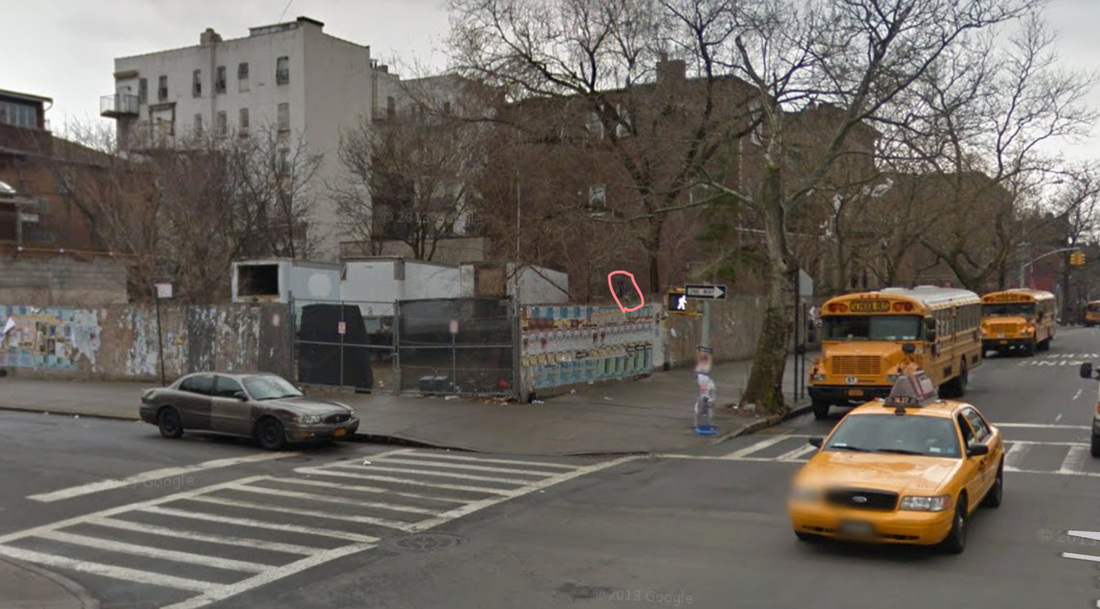 The story of the Clymer Street Synagogue is an important one, and it pains me that it’s lost. I spent quite some time trying to piece it together by combing the old pages of the Brooklyn Eagle and googling the heck out of google, but it’s been hard to get the story or images of the important synagogue that once stood here.

What we do know is that as with many Williamsburg Jewish institutions, the property first housed a church. It was the Bedford Avenue Reformed Church or First Reformed Dutch Church of Williamsburg, built in gothic revival style. It was first in use as a church in 1869.

It looks like it was acquired by a Jewish Congregation at about the turn of the century. In 1925, the Brooklyn Daily Eagle reported this tragicomic saga:

Benjamin Friedman has no home and no overcoat and yesterday he took his life in his hands to get the overcoat.

He entered the Betachlon Synagogue at Clymer st. and Bedford ave., one of the largest in the Eastern District, where 2,000 persons were worshipping, and snatched an overcoat belonging to Mayer Concoll, 161 Ross st.

Then he ran down Bedford ave. with the entire congregation at his heels. Traffic was stopped and the entire neighborhood thrown into a turmoil.

In the 1965 picture by Irving Herzberg it is described as the Synagogue on Clymer Street with the following details: Synagogue on Clymer Street in Williamsburg, with steeply gabled roof, square tower at left, and two rounded arches surmounted by Star of David at entrance portico; man (possibly Hasidic) walking by iron railing in front of synagogue; bare London plane trees on sidewalk. You can see in the picture that there is a Star of David above the entryway.

In the early 1970s a fire destroyed this magnificent building. The New York Times reported that a new building was inaugurated in 1976. “Some 100 Orthodox Jews who had worshiped in makeshift quarters for five years dedicated their new, one‐story synagogue in the heart of the Williamsburg section of Brooklyn yesterday.”

But by the 1970s, Williamsburg’s non-Hasidic Jewish community was almost entirely gone. Notice that there were only a hundred Jews in the Times story in the seventies, while there were two thousand worshippers in the story in the twenties. By the time the new synagogue opened, the congregation was already destined to lose its place in Williamsburg, as had been the case for almost all non-Hasidic institutions.

Whenever I talk to Jews who lived in Williamsburg but were not of the Hungarian-holocaust survivors, I hear a mournful story about the Clymer Street shul. In my interview with Phillip Fishman, who wrote about his childhood in Williamsburg in the book “A Sukkah is Burning”, Fishman talks about it as one of the most important Jewish institutions in Williamsburg. This is how George Kranzler, author of “Hasidic Williamsburg” wrote about it in 1995:

[the Clymer Street synagogue] had been one of the largest and politically most active Ashkenazic congregations before, during and after World War II. The shul was packed on Sabbath and holidays, and on many occasions when it served as the location of mass meetings and celebrations or protests on behalf of the larger Jewish community.

A disaster out fire destroyed the huge building with its elegant architecture. In its place there is a small building, which is still too large for its small congregation. Officially it has about 150 members, but the regular attendance rarely gets up beyond thirty, even on Sabbath.

In 2003 the Times of Israel reported that the synagogue was about to be demolished. That’s all I have. I wish I could find a picture from before it was turned into a vacant lot with Williamsburg’s last Star of David.